Opinions expressed by Entrepreneur contributors are their own.

Tony Hawk is a global sports icon and the most famous skateboarder of all time. Back in 1999, Hawk was the first skateboarder to land the 900, a trick involving two-and-a-half midair revolutions.

His video game series, Tony Hawk’s Pro Skater, is one of the most popular gaming franchises of all-time, and his Skatepark Project foundation has given over $10 million to help fund hundreds of skate parks across the United States.

Hawk spoke with me about skateboarding, family, investing and so much more. He is brimming with lessons on how to live a better life. Watch our conversation in full, below.

Hawk’s responses have been condensed and edited for readability.

When you fail for the first time, the full scope of what you’re trying to accomplish can overwhelm you. Impatience at your lack of progress or boredom with the fundamentals often follows. This predictable cycle of failure is why we quit. Not Hawk.

He kept the falls in context, not treating them as a reflection of his capability as a whole but as isolated learning experiences to be reflected on and mined for insight, no matter how small.

“I was determined, and that carried me through all the years. I was not willing to give up; even against all odds learning a new, more advanced skate move, I would keep chipping away at it. Some of these tricks I’ve developed have taken years of practice and failed attempts, but that never deterred me. It was worth it to make it once,” Hawk says.

Hawk’s career timeline illustrates this principle: He stepped on a skateboard for the first time at age 9, turned pro at age 14, and was widely regarded as the best skateboarder in the world by age 16. This is how Hawk progressed from beginner to master. His skateboard is now like an anatomical extension of himself.

And nothing, not even physical pain or financial hardship, was going to get in his way. “I was willing to push through and take whatever odd jobs if it meant that I got to keep skating,” Hawk says.

2. Stick to your strengths

Back in 1992, when Hawk was about 24 years old, he started Birdhouse Skateboards. He knew the skateboarding world inside out, and because he wasn’t sure what the financial future of a skateboarding career would look like, the company was a natural way to hedge his risk.

In 2011 Hawk launched the RIDE Channel, now a leading digital destination for all things skateboarding. Another natural extension of his brand that made plenty of entrepreneurial sense. 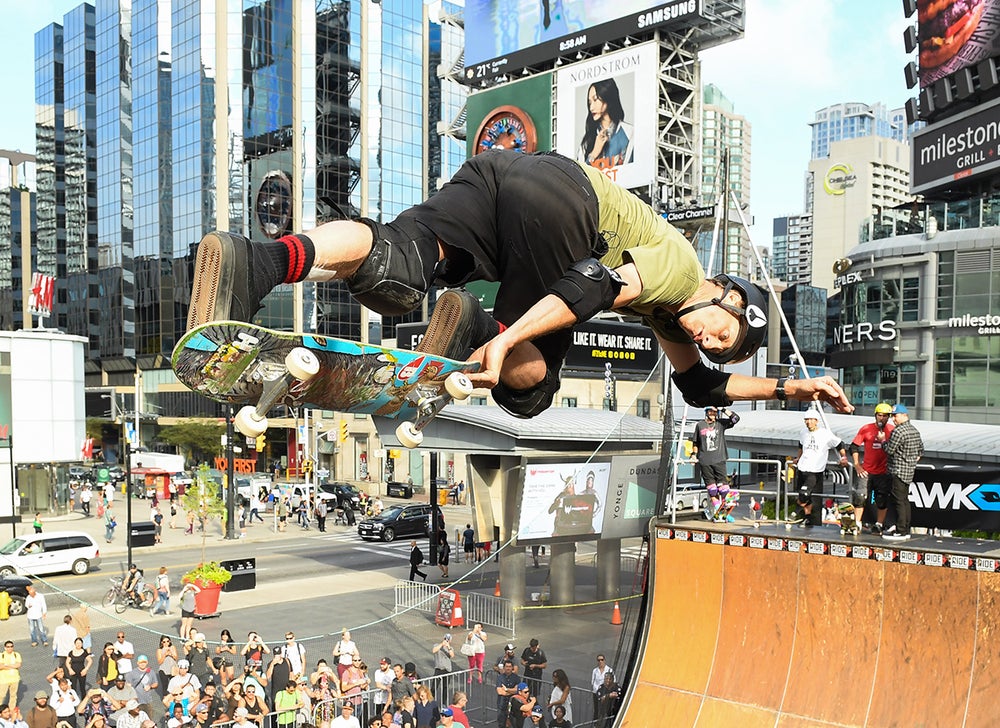 Over the years, Hawk has started many ventures like this. Most worked, but some didn’t. When I asked Hawk what advice he’d give his younger self, his response was immediate and specific: “Don’t invest in a denim line if you don’t know what you’re doing. That’s what I would tell myself because I did that, and it did not go well.

“It was just a world I didn’t know. My partner wasn’t an expert in it, and we got in over our heads,” Hawk says. “I would probably have invested in the company had I known that the right people were behind it, but my partner and I knew skateboarding. Suddenly, we found ourselves with huge costs of goods and loans we never imagined having to get the product made. I learned a valuable lesson. That I can’t just dive into a business if I don’t understand the whole of it.”

How many entrepreneurs form companies, then invest time and money into selling something within a world they know nothing about? Passion and exposure aren’t enough. Just because you love cars, own one and drive it every day doesn’t make you qualified enough to repair them or sell car parts. You have to understand all of it — the market, manufacturing, distribution — everything, for you to have the strongest chance of success.

3. Plan for the future

Hawk was in the unique position of entering a sport whose future was uncertain. “I didn’t aspire to be rich or famous because no one had been,” Hawk says. So when he started to earn six-figure paychecks from skateboarding as a teenager, he thought it’d never end.  That is, until his dad, Frank Hawk, a former military officer and decorated naval aviator in World War II and the Korean War, taught him a valuable lesson on planning for the future.

“My dad could see that I was making good money, especially for my age, and I didn’t have much of a future planned for it. I took it like it was never going to end,” Hawk says. “And I think he saw the signs that this might be a flash in the pan and that I should invest my money.”

When Hawk had saved enough money, his dad co-signed on a duplex for Hawk as an investment. “That became a foundation of stability for me because I kept making good money. I bought another house. I got in over my head. I had a mortgage and expenses that I could no longer afford and moved back into that first house that he encouraged me to buy because it was affordable. It became my nest egg in a lot of ways.”

Planning for the future is essential, but so is risk-taking. If you invest too far out of your comfort zone or make things too complicated, you run the risk of losing everything. Hawk’s approach is straightforward, but don’t be fooled by its simplicity. There’s a reason he has done so well.

“When I started to invest, it was about what I thought had a good future, that I thought was affecting positive change or filling a void, and that’s pretty much it,” Hawk says. “I don’t have a complicated investment approach. It’s more like, ‘Does this feel right?’ That’s how I’ve done it — and I’ve done well.”

His video game series with Activision, Tony Hawk’s Pro Skater, is one of the most popular video game franchises of all time. Before the game hit store shelves in 1999, he opted for a royalty instead of a buyout offer because he believed in the game. It’s earned over $1.4 billion in sales.

Meanwhile, his foundation, The Skatepark Project, has given over $10 million to fund the construction and development of more than 600 skate parks across the United States in underserved communities.

Hawk is also a successful investor. “I also have an in sometimes at certain tech companies because I’ve been around the tech world for so long and got into social media and future technologies at an early age, and so I’m lucky that I have a foot in the door in that way.”

He was an investor in DocuSign and Ring, which Amazon acquired at an estimated value of $1.2 to $1.8 billion. Hawk recently invested in Public.com, an investing and social-networking site that allows you to follow other investors, discover new companies, and invest with any amount of money (see Hawk’s portfolio here).

A complicated investment strategy can work, but for most of us, Hawk’s approach is best.

At a fundamental level, the more you invest in yourself and your network, the more opportunities you will attract. A strategy like Hawk’s will help you minimize your risk and maximize your upside potential by keeping yourself aligned with your core competencies and what’s already second nature to you.