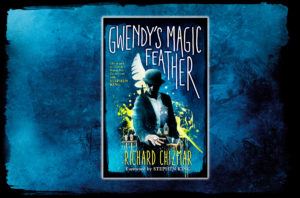 In January 2017, I sat down at my desk with one of those lined yellow notepads in front of me, and started jotting down notes for a story I was collaborating on called Gwendy’s Button Box. My co-author was none other than my good friend Steve King, and before long I realized that my hand was shaking so badly I could barely scribble a legible sentence. Defeated, I took a deep breath, slumped back in my chair, and thought: How in the world am I going to do this? Stephen freaking King…the bestselling author of all time, my literary hero, the eight hundred pound gorilla in any and every room…what was I thinking?

A few minutes later – a few breathless, terror-stricken minutes, I admit – I flipped open my laptop in desperation and started writing.

And then something magical happened.

Before long, my anxiety vanished and I found walking alongside a young girl named Gwendy Peterson. Lost in her story. Lost in a small Maine town named Castle Rock.

That’s right, folks. Castle Rock, Maine. Perhaps the Granddaddy of them all when it comes to the Stephen King Universe and certainly sacred ground for all of King’s long-time Constant Readers.

After all, Castle Rock is where twelve-year-old Gordie Lachance and his pals Chris Chambers, Vern Tessio, and Teddy Duchamp set off one hot summer morning in search of the body of Ray Brower in King’s wonderful story featured in Different Seasons, which was adapted into the film Stand By Me. It’s where The Dead Zone’s Johnny Smith uses his otherworldly touch to help Sheriff George Bannerman capture a madman known as ‘The Castle Rock Strangler’. It’s where a rabid Saint Bernard named Cujo ambushes and kills that same sheriff along with several other unlucky locals. And years later, it’s where new Castle Rock Sheriff Alan Pangborn clashes with Leland Gaunt, an evil, ageless newcomer who has opened a new shop in town called Needful Things. 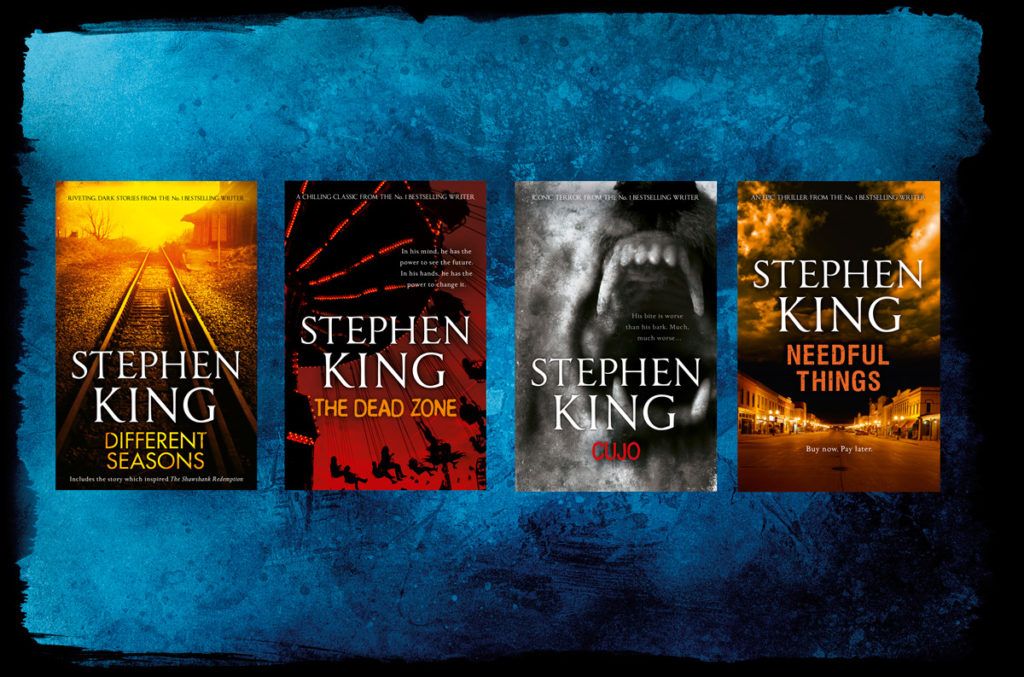 And at the start of 2017, it was Gwendy Peterson’s turn to step into the Time Machine and journey back to summertime 1974 – where a mysterious stranger dressed in black would approach her one morning in Castle Rock Park and gift her with an enigmatic button box…

The writing came easy for a change. Stephen King and I traded drafts of the manuscript for just over a month before ending up with a novella-length story that surprised -and delighted – us both. We had a genuine blast telling Gwendy’s story. And in the end, we not only liked young Miss Peterson, we adored and admired her.

Gwendy’s Button Box was fast-tracked at the publisher and released early that summer to strong reviews and sales. To our mutual delight, the book sold to a number of countries around the world and appeared on several international bestseller lists -and, coolest of all (for me, at least), Gwendy cemented herself a modest, but cherished place in Castle Rock lore.

And that was supposed to be the end of it. Gwendy’s Button Box was a dream-come-true project, there were even whispers of a possible film adaptation in the future, but the book was a one-and-done deal. Gwendy’s story was over.

Or maybe it wasn’t.

Fast-forward a couple of years, and I wake up on another cold January morning with a crystal-clear picture in my head of what Gwendy Peterson has been doing for the past fifteen years since Button Box ended.

So I rub the sleep from my eyes, pick up my phone from the nightstand, and tap out a short email to Stephen King: What would you think if Gwendy’s a newly-elected member of Congress and one day she returns to her office and there it is waiting for her: the button box?

Now bear in mind, I wasn’t pitching a sequel to Steve. It was the furthest thing from my mind. I would never be so bold. I was simply sharing my creative ruminations with him as we often do with each other.

Steve’s response was immediate and succinct and surprising: I love it, it’s a great idea, but I’m busy working on a new book. You should write it.

So…that’s what I did.

I went back to Castle Rock again. Only this time it was 1999 (fifteen long years after a fresh-faced Gwendy Peterson graduated from Brown University) and this time I went there alone.

So how was it, you ask? Being the first writer in history to fly solo in the Stephen King Universe? My God, it was the adventure of a lifetime! I still hardly believe it’s true.

Was the journey a little scarier this time around without Stephen King there next to you, holding your hand and guiding you down the streets and shortcuts and alleyways? You bet it was. But, once again, I quickly found myself getting lost in the story. Tapping away at the keyboard, faster and faster, yearning to know what happened next.

If you’ve read Needful Things you will know that I had to do a degree of inventing in Castle Rock.  What was that like? A true-blue once-in-a-lifetime experience. A monumental responsibility and more fun than any one person should be allowed to have.

What did you feel when Steve finally had a chance to read the book in manuscript and told you how much he liked it? Tremendous relief. Joy. Gratitude. Of course, I was thrilled that he felt I’d done the town of Castle Rock and his beloved characters justice. But I was even more thrilled when he said he’d fallen in love with Gwendy all over again.

Because the exact same thing had happened to me, folks: somewhere along the way, in telling her story, I, too, had once again fallen in love with Gwendy Peterson.

And that is my hope for all of you Constant Readers. That you will open to the first page of Gwendy’s Magic Feather and get lost in a different time, in a faraway place called Castle Rock, Maine, where bad things are lurking in the shadows. That you will walk alongside her as she returns home again and come to admire a grown-up Gwendy Peterson as much as Stephen King and I do.

And maybe, just maybe, experience a little bit of that same magic that Gwendy discovers in her hometown. 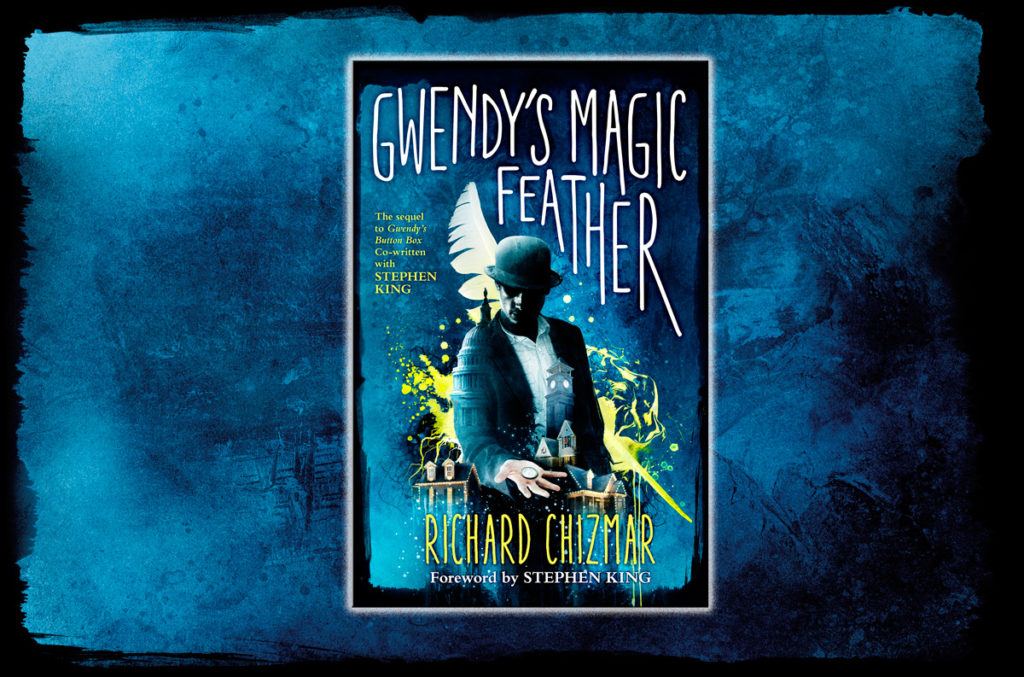 Essay copyright © Richard Chizmar, written for Hodder & Stoughton.  Please do not reproduce without prior permission.