The full trailer for the original musical “Annette” has arrived.

Directed by Leos Carax, the film stars Adam Driver, Marion Cotillard, and Simon Helberg and has been selected to open the Cannes Film Festival next month. Set in Hollywood, “Annette” tells the story of a standup comedian Henry (Driver), his opera singer wife Ann (Cotillard), and their two-year-old daughter Annette, who has a surprising and mysterious gift.

Based on an original idea by Carax, the movie features music by Ron and Russell Mael, better known as the cult favourite music duo Sparks, who also appear in the film. A French trailer and a video featuring the cast singing the song “So We May Start” from the trailer were previously released.

Following its premiere at Cannes on July 6, “Annette” will screen in select theatres on August 6 before arriving on Amazon Prime Video in the U.S. and Canada on August 20.

Written by Ron and Russell, directed by Leos Carax, starring Adam Driver, Marion Cotillard, and Simon Helberg + set in Los Angeles… So, may we start?

In theaters August 6 and on @PrimeVideo August 20 in the US.#Annette pic.twitter.com/bIuuJB80Qr 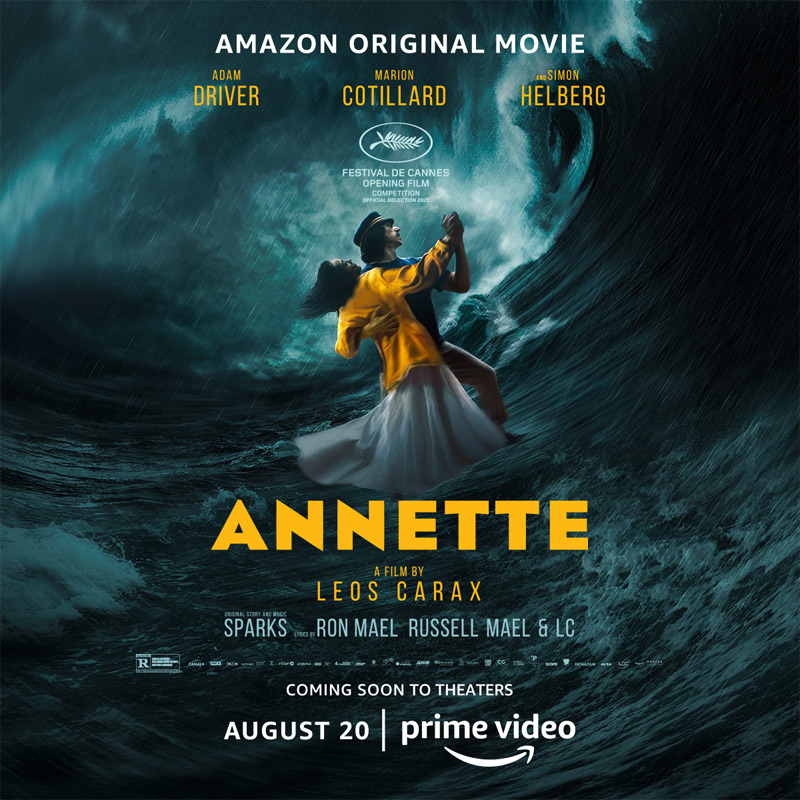