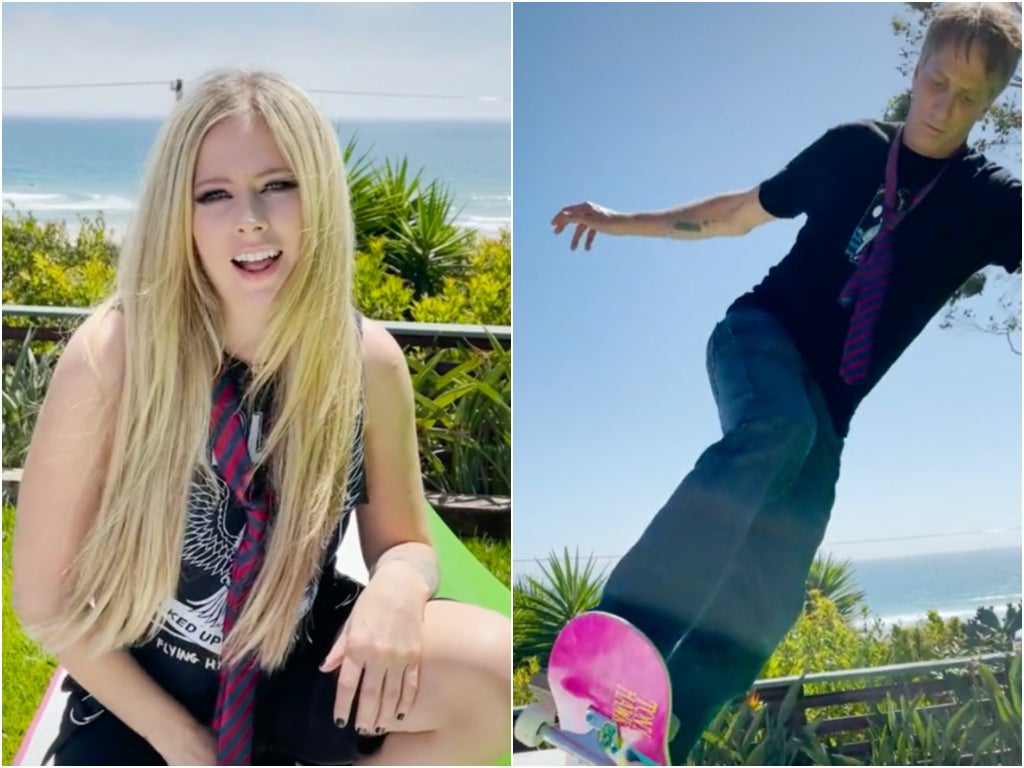 Avril Lavigne treated fans to a “perfect” dose of Noughties nostalgia as she joined TikTok.

On Monday (21 June), the 36-year-old sent social media wild by sharing her first video on the platform.

In it, Lavigne was seen lip-syncing to her 2003 hit single “Sk8er Boi” while sitting on a skate ramp and wearing the loose tie associated with her early-era music.

The clip then changed to show US skateboarder Tony Hawk, 53, skating on the ramp while wearing the same tie.

TikTok commenters were fascinated by the clip, with one user writing: “What in 2003 is this???”

“Girl hasn’t aged since 2003,” one commenter wrote, while another added: “So… we all just non-ageing vampires now?”

On Twitter, fans said that the collaboration between Lavigne and Hawk took them right back to the early-mid 2000s.

“When you wake up and the time machine brings you back to 2002 era,” another wrote.