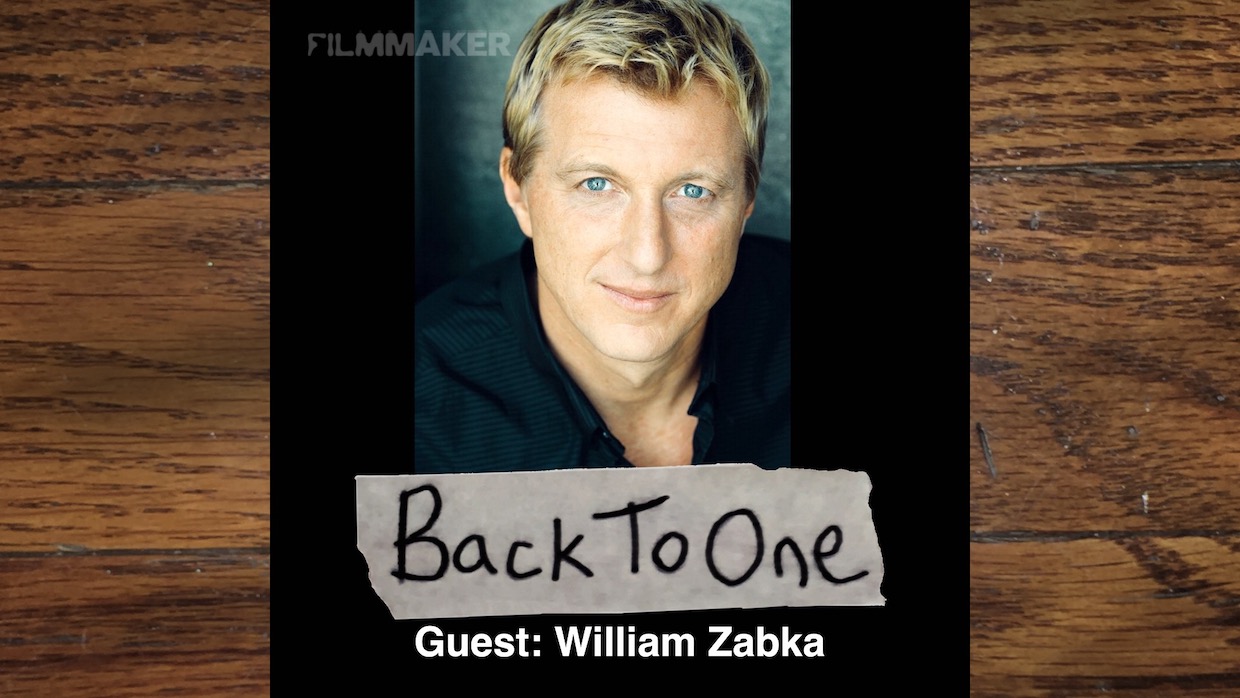 It makes sense that Cobra Kai star William Zabka often uses phrases common to musicians, like “find the rhythm” and “in the pocket,” to help describe his acting process. Not only is he a musician himself, but music plays a fascinating part in his process. The phenomenal surprise success of Cobra Kai is due in no small part to the depth and intensity Zabka brings to the role of Johnny, which obviously has deep roots in his career. On this episode he talks about those roots, breaking down the text until it “falls into his belly,” the “rivers” that run through his characterization, the layer of secrets that “aren’t intended to be discovered,” and the necessity to “cut the lines” to all those things in order to lay in the moment. Plus much more! It’s a fascinating talk with an actor who is delivering a performance for the ages that has caught the attention of viewers across generations.

Back To One can be found wherever you get your podcasts, including Apple Podcasts, Google Play, and Stitcher. And if you’re enjoying what you are hearing, please subscribe and rate us! Follow Back To One on Instagram.