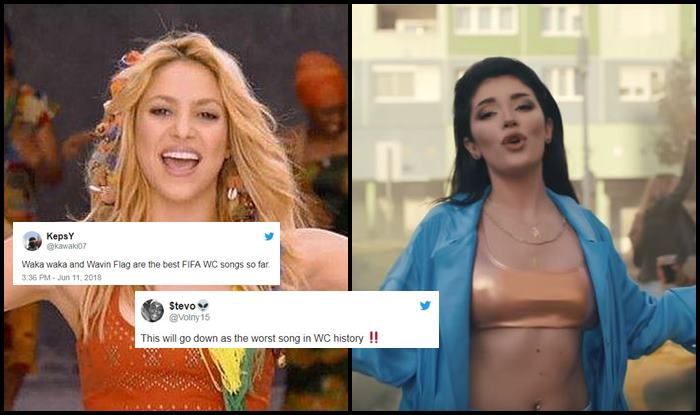 From Ricky Martins “Cup of Life” to Shakira’s ”Waka Waka”, FIFA World Cup songs have always caught the interest of fans, but it seems this year the trend has changed. The 2018 FIFA World Cup official song ”Live it up” is apparently not being liked by the ardent football fans. The 3:57-minute long song features Will Smith and Era Istrefi. The song has been sung by Nicky Jam, the song also features legendary Brazilian footballer Ronaldinho. Also Read – FIFA World Cup 2022 Organisers Hoping For More Indian Eyeballs Than Previous Edition

FIFA posted the song on their official Twitter handle and wrote: “It’s time to #LiveItUp, with the Official Song of the 2018 #WorldCup Russia!” Also Read – Brazil And Barcelona Legend Ronaldinho Released From Prison After Five Months

It’s time to #LiveItUp, with the Official Song of the 2018 #WorldCup Russia!@NickyJamPR, Will Smith, @strefie and 🇧🇷@10Ronaldinho want football fans worldwide to get ready for Thursday’s big kick-off!

The song failed to impress on socialphere and here is what fans had to say.

Waka waka and Wavin Flag are the best FIFA WC songs so far.

Probably the first Worst thing that has Will Smith involved in it pic.twitter.com/iljh3OQZji

Can y’all just bring back 2010 FIFA world cup songs already, they are by far the best, people still dance to them TODAY

This will go down as the worst song in WC history ‼️ pic.twitter.com/SNSUgc08oa

The holy trinity of Smith, Istrefi and Ronaldinho will also perform the same during the FIFA World Cup 2018 Opening ceremony. The 32-day long tournament kick-starts on June 14 and it will host the best 32 teams of the world. The opening match will see hosts Russia lock horns with Saudi Arabia.

Meanwhile, Spain coach has been sacked after he signed up a 3-year contract with Real Madrid Football Club.