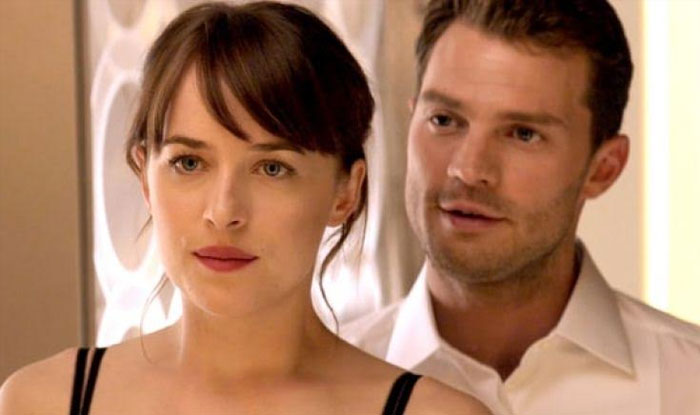 The second movie is directed by James Foley who took over from Sam Taylor-Johnson whose exit was rife with rumours of her not getting along with the author of the series E.L.James. The trailer is a steamy treat and teases your senses with anticipation that more fun and games are on its way. Kim Basinger also stars in this franchise and it was revealed that Jamie Dornan didn’t have “big enough balls” to ask her about her iconic movie 9 1/2 Weeks. He said in an interview that starring opposite the actress was a daunting feeling and he found the idea of asking her about the famously steamy film too embarrassing, in much the same way he suspects people will avoid discussing the Fifty Shades saga with him in the future. He admitted: “I didn’t ask Kim Basinger about 9 1/2 weeks. I didn’t have big enough balls, in the way that maybe someone won’t be able to look me in the eye one day and talk about Fifty Shades. Also Read – Fifty Shades Freed Movie Trailer: Sexy Couple Dakota Johnson and Jamie Dornan Are Back With The Steamiest Video

However, Jamie Dornan thinks that the author has a right to have a ‘strong opinion’ about the direction of the movies as they are her babies and her creation. He told Total Film magazine: “These are Erika’s babies. She’s very right to have a strong opinion on all things Fifty Shades. Also Read – Fifty Shades Freed Teaser Video: Hot Scenes of Christian Grey and Anastasia Steele Will Turn You On

Tell us your opinion on the trailer in the comments below.