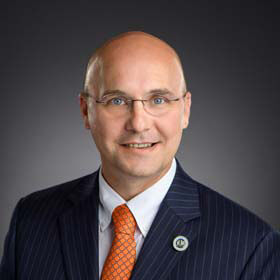 Satoshi Nakamoto and I have something in common.

He has just been commended in the Louisiana Legislature, as I was in 2018. There the resemblance ends. He made history by inventing Bitcoin; I was just a humble member of that year’s large class of inductees at the Louisiana Political Hall of Fame in Winnfield.

My one advantage over Nakamoto is that I exist and he does not.

Nakamoto is a pseudonym for an inventor, or inventors, whose worth in any currency, fiat or crypto, runs into the billions. They’ve got me there. I received the nod in Baton Rouge under my real name but never accumulated enough moola of the folding kind, let alone the digital.

The House of Representatives quickly adopted a resolution authored by state Rep. Mark Wright, R-Covington, which not only commemorates the ascent of Bitcoin, but urges state and local government to adopt this “new technology,” in particular a cryptocurrency developed in Louisiana called Moxey. The resolution reads very much like an advertisement, asserting that cryptocurrencies provide access to new capital and customers as well as “new tools for employee bonuses and compensation,” while facilitating “peer-to-peer transactions in a secure manner.”

While the Louisiana House believes Bitcoin could “replace gold as a monetary reserve,” Warren Buffett takes a different view. Buffett, whose pronouncements are generally on the money, has described cryptocurrencies as a “mirage” and “rat poison squared.”

The House has now unanimously passed a bill, also authored by Wright, that runs to 13 pages and provides a detailed exposition of a “Financial Technology Regulatory Sandbox Program.” The object is to leave the likes of Moxey largely free from government regulation while they refine the “blockchain technology” that sustains cryptocurrencies.

The bill passed so easily that we can only conclude legislators had no trouble grasping that technology. I will therefore not insult your intelligence by explaining it.

The rapid rise of cryptocurrencies has made early investors very rich, but doubters invoke the South Sea Bubble of the 18th century and the Tulip Craze of the 17th to warn of impending disaster. Euphoria rules right, now, though; when the cryptocurrency trader Coinbase went public last month, its value reached $100 billion before falling back.

That sure sounds like madness, but, if Wright is right, Louisiana stands to prosper mightily by embracing cryptomoney a mere 13 years after Bitcoin was invented.

There have been so many reports of instant millionaires that cryptocurrencies have received the most attention as an investment medium, but they have lately been catching on as a means of exchange. Elon Musk is a big fan of cryptocurrencies for both purposes. You can buy a Tesla with it, and Musk owns $1.5 billion worth of Bitcoin. The Oakland As are taking Dogecoin for game tickets.

But Buffett is hardly alone in fearing it will all end in tears. Bill Gates and Treasurer Secretary Janet Yellen are among the naysayers.

Cryptocurrencies, being by definition safe from prying eyes, have an obvious appeal for criminals, but, if you failed to get in early, the boom may have passed you by.

For those of us who missed the chance of easy riches, the consolation is that at least we are not destroying the wetlands through the global warming driven by cryptocurrency algorithms that gobble more energy than many a country.