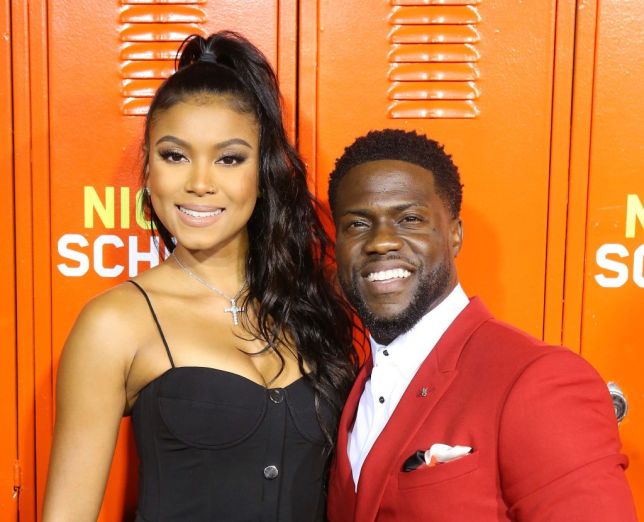 40-year-old comedian and actor Kevin Hart has opened up on why his wife Eniko Parrish stayed with him after he cheated on her.

According to him, she decided to give him a second chance and gave him some conditions to live by.

Speaking on The School of Greatness podcast, he said:

“‘That’s what you owe me. You owe me the get-better.’ And she held me accountable. It wasn’t a walk in the park, but it was her understanding that we don’t let the outside world affect our inside, and I credit her for setting that tone.”

Hart praised Eniko by referring to her as “the strongest person in the world.”

Hart’s affair with model Montia Sabbag during a trip to Las Vegas in 2017 was caught on video and later released in a blackmail attempt.

In September 2019, Sabbag sued Hart for $60 million claiming the star and his friend JT Jackson set her up by hiding a camera to record the sexual encounter.

The lawsuit was dismissed while Sabagg maintains she didn’t release the tape and is as much a victim.

On Mothers Day this year, Hart revealed that he and Eniko are expecting their second child, a baby girl.

In a social media post, he shared a photo of himself with his three children and pregnant Eniko who cradled a baby bump while wearing a pink sash with ‘Baby Girl’ printed on it.

“Happy Mother’s Day to this beautiful woman & wife of mine. We love you @enikohart ….And we are thrilled about the arrival of our baby girl….Family of 6 WOOOOOOOOW!!!!

“God is unbelievable. We are blessed to have you in our lives. All I can say is thank you honey.”