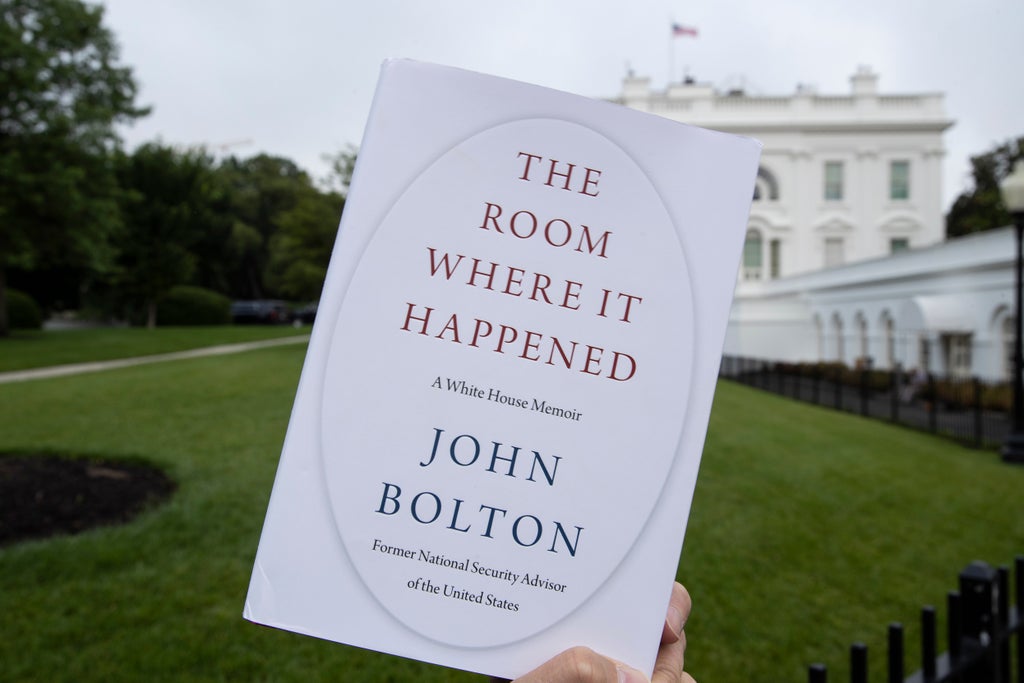 The Trump administration sued last year to block the release of Bolton’s book, “The Room Where It Happened,” and to recover copies of the book that had already been distributed. The book, released in the run-up to the 2020 presidential election, offered a behind-the-scenes, and unflattering, account of Trump’s foreign policy dealings. It described how Trump asked China’s President Xi Jinping to help the American’s reelection prospects and how Trump had pressured his Ukraine counterpart for politically charged investigations.

Justice Department lawyers who sued over the book had insisted that the manuscript contained classified information that could damage national security and that Bolton, a former U.S. ambassador to the United Nations, had failed to complete a prepublication review process designed to prevent the disclosure of government secrets.

“These actions represent a complete vindication for Ambassador Bolton, and a repudiation of former President Trump’s attempt, under the pretext of protecting classified information, first to suppress the book’s publication and when that failed in court, to penalize the ambassador,” said Bolton spokeswoman Sarah Tinsley.

Bolton’s lawyers say he moved forward with the book after a White House National Security Council official, with whom Bolton had worked for months, had said the manuscript no longer contained classified information.

That official, Ellen Knight, described in a letter submitted to the court last September how Trump administration officials repeatedly exerted political pressure in an unsuccessful effort to block the book’s release. She described an unusual process of delay tactics and legal maneuverings.

Knight, a career government records professional, said through her lawyer that after she had determined that the manuscript no longer contained classified information and was ready for clearance, she learned that a political appointee with no experience in the prepublication review process had been assigned by the White House to conduct a new review.

That official subsequently flagged hundreds of passages in Bolton’s manuscript that the official believed were still classified.

A federal judge last year rejected the Justice Department’s efforts to halt the book’s release, partly because hundreds of thousands of copies had already been distributed. But the judge expressed concern that Bolton published the book before receiving a formal clearance letter, which Knight said was blocked by the White House.

Besides suing Bolton, the Justice Department opened a criminal investigation over the book, though that inquiry has now been dropped, said Bolton’s representatives. A department spokesman declined to comment on Wednesday.

Bolton’s lawyer, Charles J. Cooper, described the government’s efforts to block the book as part of a “politically motivated order” by Trump.

“By ending these proceedings without in any way penalizing Ambassador Bolton or limiting his proceeds from the book, the Department of Justice has tacitly acknowledged that President Trump and his White House officials acted illegitimately,” Cooper said in a statement.

The book generated substantial attention even before its publication after news broke during Trump’s first impeachment trial that Bolton had written how Trump had linked the supply of military assistance to Ukraine to that country’s willingness to conduct investigations into Trump’s Democratic rival, now-President Joe Biden

Those allegations were at the heart of an impeachment trial that ended with Trump’s Senate acquittal in February 2020. Bolton though refused to testify at impeachment proceedings.