Market confidence in the Federal Reserve Bank of New York and its leader, John Williams, remains on shaky ground, after its initial response to the breakdown of a vital short-term lending market last week compounded simmering tensions.

The cost of borrowing cash overnight in exchange for US Treasuries in the repo market — crucial for banks and investors seeking to cover short-term funding needs — quadrupled to a high of 10 per cent on Tuesday, prompting the New York Fed to inject cash into the financial system to calm the turmoil.

Mr Williams and Lorie Logan, senior vice-president in the markets group, told the Financial Times that the decision to step in on Tuesday was planned and had the desired effect, with repo rates falling back down to more normal levels by the end of the week.

The main criticism from several bankers, traders and analysts, though, is that the New York Fed should have stepped in to support the market sooner, as repo rates rose on Monday. This was especially so given some stress was expected, due to corporate tax payments and Treasury settlements draining cash from the market, even if the extent of the turmoil was not.

“I think they were slow in reacting,” said Seth Carpenter, chief US economist at UBS. “They knew this could be an issue and they should have had everything lined up ready to go on Monday.”

The people added that the New York Fed had gone some way to restoring confidence by the end of the week, following further daily cash injections. This was capped by a sweeping announcement on Friday to lend billions of dollars over the end of the quarter, when banks typically step back from the market.

“Lorie and her team came up with an analysis and strategy quickly,” said Mr Williams. “We did things quickly, decisively and it worked . . . This was a significant disruption. Markets did not see this impact coming. In a short period of time we have gone back to markets functioning well.”

Ms Logan, along with three other senior markets officials, were in Washington DC for the Federal Open Market Committee meeting. Having watched funding pressure build on Friday, she said they monitored the sharp rise in repo rates at the start of the week from a temporary office upstairs from Mr Williams’s office in the Eccles Building, where the board of governors meets.

The markets team waited until 9am on Tuesday to announce that it would step into the market in part to allow time to analyse transaction data that it received overnight. “The data is an important component of the analysis that allows you to make the right judgment for what the operation should be,” said Ms Logan.

It also coincided with the publication of the effective fed funds rate, the primary short-term interest rate targeted by the Federal Reserve, which rose towards the top of the Fed’s target range.

“We needed to make sure that what we did on Tuesday morning was the right approach and right scale to address the issue which was resulting in the fed funds rate trading at the top of the target range,” said Mr Williams.

He added: “There was no delay in decision making or communication lags. It was really about getting the right information, and analysing it carefully. The team came up with a proposed action early and we agreed we needed to respond.” 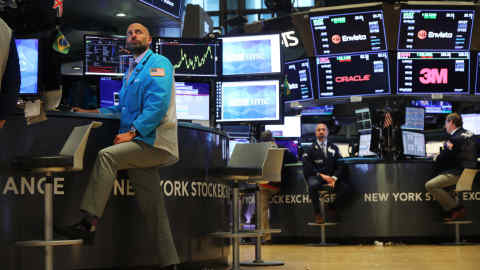 For traders and analysts, part of the problem with the approach stems from the fact that repo is an early morning market, with the vast majority of trades completed by 9am, meaning repo rates had already rocketed higher before the Fed stepped in.

“The market wanted a signal end of day Monday that the Fed would come into the market on Tuesday,” said Mark Cabana, an interest rate strategist at Bank of America Merrill Lynch. “By the time most of the market had traded on Tuesday it didn’t know the Fed was going to come in.”

The Fed’s action was perceived as a mishap by some market participants, including some banks that regularly interact with the New York Fed. This has compounded a view that Mr Williams, despite being a widely respected economist, lacks markets nous.

The perception of whether or not the New York Fed is willing and prepared to step in during times of stress is important to the smooth functioning of the market, added Mr Cabana, who previously worked on the New York Fed’s markets desk. “There is an eminently qualified pool of talent in the New York Fed but the leadership at the very top needs to be more sensitive to signals the market is sending,” he said.

It comes shortly after the dismissal of Simon Potter as head of the markets group in May, with Ms Logan, who is held in high regard by many market participants, running market operations and managing the Fed’s huge portfolio of treasury and mortgage bonds on an interim basis. The departure of Mr Potter, a trained economist who had won the respect of markets, only served to deepen scepticism about Mr Williams’s own priorities.

“There is a real morale problem there,” said one banker who has interacted with the New York Fed. “There are a lot of questions that should be asked of the New York Fed over the actions they are taking.”

Both Mr Williams and Ms Logan pushed back on the perception of disharmony.

“I lead an expert team that is focused on one thing — the mission [of successfully implementing monetary policy],” said Ms Logan. “The team has been working incredibly hard, especially since Monday, and I’m proud of the work that has been done.”

Video: Why are Federal Reserve members split on raising rates?