(RNS) When he was a boy, the Rev. Thomas Barclay noticed a difference between the worshippers of his small Pentecostal denomination and churches he visited of the larger Assemblies of God.

“Why are they all white and we’re all black?” he asked his father. 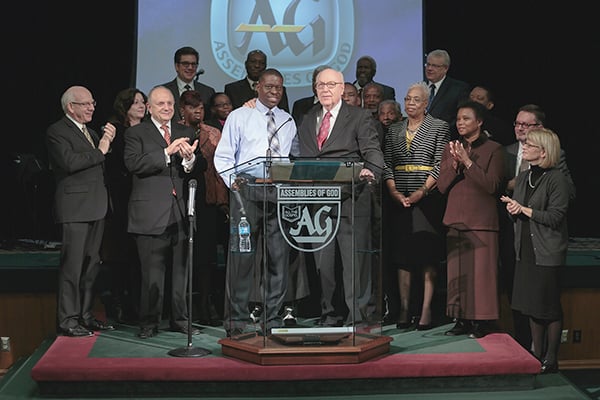 Four years ago, after Barclay was elected as head of the UPCAG, he wrote a letter to George O. Wood, the general superintendent of the 65 million-member Assemblies of God. “I felt the Lord saying to me, ‘I’ve put you in this office to do a job,’” Barclay recalled. “I asked him what it was, and he told me to write this letter to the Assemblies of God.”

Wood said he didn’t even know the group existed until he received Barclay’s letter. That’s when he learned that in 1917, a missionary couple who had sought support to travel to Liberia were refused by the Assemblies of God — which had started three years earlier — because they were “colored.”

In 1919, a group of black New England churches started the UPCAG and sent that missionary couple to Africa. Learning that history “pained me a great deal,” said Wood, who said he “apologized several times” to the UPCAG leaders. 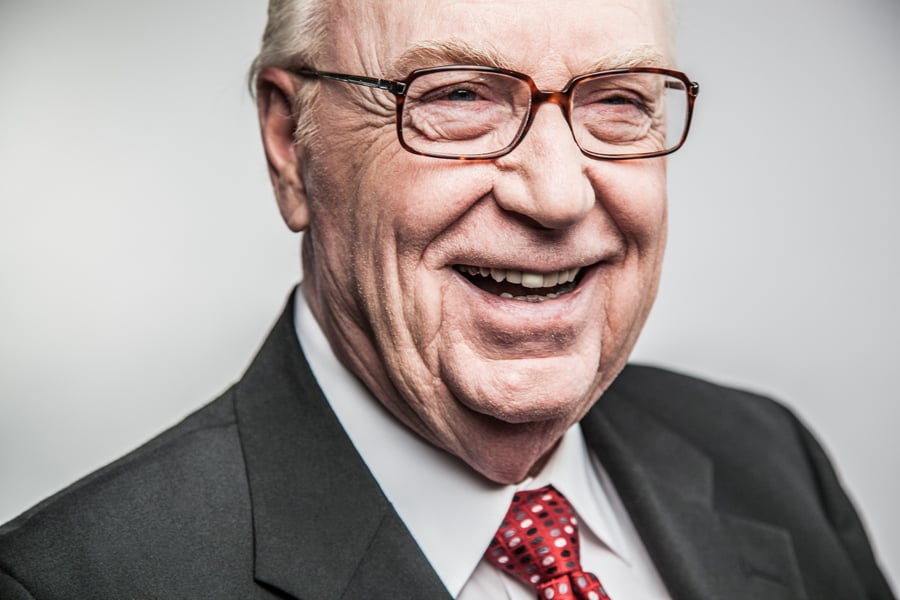 “It’s just tragic that there was that epoch in America where the church caved in to the culture rather than transforming the culture,” he said.

Now, after leaders spent time getting to know each other, the much larger Assemblies of God hopes to learn more about urban ministry from the UPCAG and welcome its members to join in youth Bible quiz competitions, fine arts festivals and missions outreach.

In recent decades, there have been other signs of improved race relations among Pentecostals — who came together for the interracial Azusa Street Revival in 1906 and then mostly went their separate ways. In 1994, black and white Pentecostals met together for the so-called Memphis Miracle. Last November, officials of the predominantly black Church of God in Christ met with leaders of the Assemblies of God in Springfield in their first official dialogue.

Both Barclay and Wood agreed that the new cooperation would be something short of a merger. But the memo of understanding between the two sides states their hopes that it will allow “the body of Christ to become more united and effective before a watching world.”

“I believe that something wonderful and powerful is going to happen as a result of us coming together, working together for the kingdom,” said Barclay, his church’s international presiding elder.

Added Wood: “It’s very healing to us that they come with such a gracious attitude and even initiated the action when we were the ones that did the wrong.”