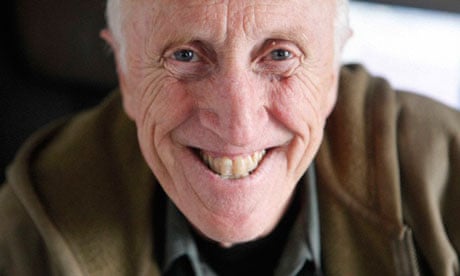 Stewart Brand appears to have squeezed many lives into his 71 years and defies easy categorisation, though “techno-hippy” comes close. A central figure of the LSD-infused counterculture in 60s California, he put on the Trips festival starring the Grateful Dead, while his Whole Earth Catalog – a shopping directory for hippies of clothes, books, tools, seeds and other things useful for a sustainable lifestyle – sold millions, with the slogan “We are as gods, so we might as well get good at it.”

Brand also co-founded one of the earliest online communities – the WELL – in 1985. But while he describes himself as an avowed environmentalist, his latest book – Whole Earth Discipline – is controversial among greens, suggesting civilisation will be saved from global warming by densely populated cities, nuclear energy, genetically modified food and planet-wide geoengineering.

The vision you set out to save human civilisation from climate change is likely to be anathema to many environmentalists. What led you to this point?

Several things. Transgenic crops, because I trained as a biologist half a century ago, have never been a particularly great worry to me. And as I looked into the damage caused by the environmental resistance to GM… that became a subject in the book.

There’s so much going on in biology, biotechnology, synthetic biology and so on that puts a lot of ancient issues into perspective. I want to prepare the way, not to make the same mistakes in the future that I think we have done in the past about biotech and environmentalism.

Nuclear was a switch. I had been somewhat against it. I’m so strongly for it now that even if climate change wasn’t an issue, I’d still be pushing it.

What made you change your mind?

Primarily climate. Nuclear produces almost zero greenhouse gas. Coal is the principal villain right now. We’d looked at it mainly in terms of what it did to the landscape, in the States especially, where we’ve turned the Appalachian mountain ranges upside down and dumped the tops in the creeks. That’s been a strong green issue for a long time, and needs to be even stronger. But we hadn’t really looked at the waste stream coming out of coal, especially compared with the waste stream coming out of nuclear. And that contrast is what started to drive me to look more closely at nuclear and realise that I had been misled on many of the specifics.

As for cities… at least in the US, greens had been leaning towards pushing what they call compactness in cities for a while, mainly as a counter to trying to fight sprawl. It’s not a big jump for them to go another step and realise that dense cities are actually good across the board.

Geoengineering is interesting. I was at a meeting in Washington DC yesterday with state department and Congress people and whatnot as well as environmentalists. And one strong research initiative under way now includes the Environmental Defence Fund as one of the participants. Well, that’s amazing – [the idea] that environmentalists are either non-committal about geoengineering or trying to participate in the early discussions about it. The knee jerk “Don’t mess around with mother nature” response is not there.

Time has passed. Environmentalists have been thinking about global warming for longer than most and so we’ve got used to the idea that mitigation, cutting back on greenhouse gases, is taking way longer than expected and, in fact, may not occur at all for decades. And therefore there needs to be a plan B. If you go to some kind of climate engineering you don’t want to do it half-baked, you want to know what you’re doing – and that requires research at scale, which hasn’t occurred yet.

I think actually our track record with technology is pretty good. I want greens in particular – and everybody in general – stepping up to close engagement with technology in all its forms. If technology is forging ahead, I’d love to see everybody concerned about its impact on social and natural systems to get right into the thick of it – to make sure technology opens up more options for doing good things in the future. And because technology moves rapidly that’s actually a relatively easy thing to do. Use good tech to undue the harm of bad tech.

Is the energy and enthusiasm among environmentalists comparable with what it was in the 60s?

Comparable energy and a drastic amount more sophistication and capability. One reason I produced the Whole Earth Catalog was to be of use to hundreds of communes starting up in the States – manned by college dropouts who didn’t have the faintest idea how to nail boards together or how to make a garden grow. All those kind of fundamental skills were [covered] in the catalogue. It turned out that not just people in communes were interested, a lot of people were. But those levels of naive ignorance – which we hippies specialised in – have passed.

Absolutely balls to the wall and pedal to the metal. I have been all my life.