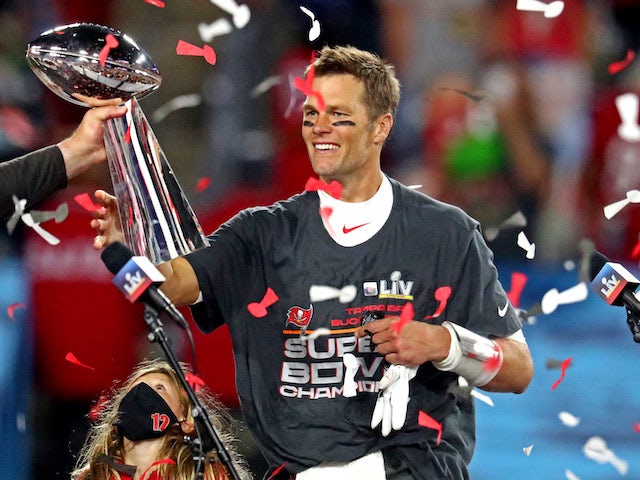 Tom Brady guided the Tampa Bay Buccaneers to a 31-9 victory over the Kansas City Chiefs.

Tom Brady added to his remarkable record when he led the Tampa Bay Buccaneers to Super Bowl glory on Sunday night.

Victory over the Kansas City Chiefs saw the 43-year-old Bucs quarterback add another title ring to the six he collected with the New England Patriots.

Here, the PA news agency takes a look at the key statistical landmarks from the game.

7 – Brady now has more Super Bowl wins than not only any other player but also any franchise – the Patriots’ half-dozen, all with him under centre, is matched by the Pittsburgh Steelers.

2 – he is only the second player to win Super Bowls as the starting quarterback with two different teams, the other being his long-time rival Peyton Manning with the Indianapolis Colts and Denver Broncos.

4 – Brady has more Super Bowl wins after turning 37 than before, four to three.

3 – he is the first player to win rings in three different decades.

5 – Brady also won his fifth MVP award, more than any other player. His boyhood idol Joe Montana won three with the San Francisco 49ers, with fellow quarterbacks Bart Starr, Terry Bradshaw and Eli Manning the only other repeat winners.

1 – Tampa became the first team to play in, let alone win, a Super Bowl in their own home stadium.

18 – years since the Buccaneers’ previous title, in Super Bowl XXXVII following the 2002 season.

0 – touchdowns scored by the Chiefs, for the first time in a game Mahomes has started in his career.